Shakespeare in the Park

Event held inside MHS Auditorium due to heat 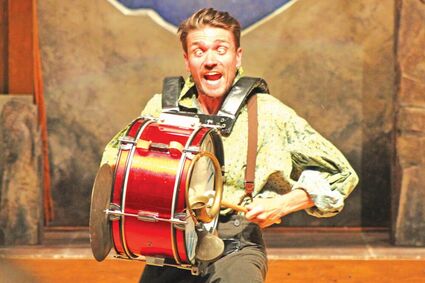 Actor Joseph Faifer is in his fourth tour with Montana Shakespeare in the Parks. Faifer played three roles in MSIP's presentation of A Midsummer Night's Dream. Photo by Mark Foss.

A wonderfully entertaining night was had by over 100 individuals at Montana Shakespeare in the Parks performance of A Midsummer Night's Dream.

On Wednesday, June 30, with the temperature hovering around the 100-degree mark, a decision was made to move the performance inside to the Malta High School auditorium. Though still a little stuffy, it was a much-welcomed decision by both the crowd and the cast.

Anna LaBrie said, "Everything went really well. I'm really happy with the turnout we had. We were wondering how it would go with how hot it has been, but we had a great crowd tonight."