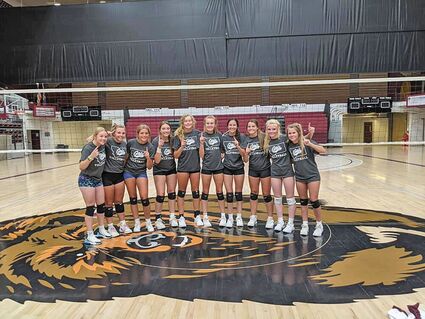 The Malta M-ettes volleyball team was the top team at the 2021 Missoula Team Volleyball Camp, an event that started on Wednesday, July 7, and concluded on Friday, July 9.

The team lost two pool play games early in the event, but caught fire during the tournament and defeated each team they faced. The M-ettes defeated Noxon for the camp title.

"Every single one of our girls played their role in this, and man, was it fun to be a part of," Coach Tasha Hines told the PCN. "I don't remember who it was but in our final huddle one of them said, man, 'I feel like we just won a national championshi...