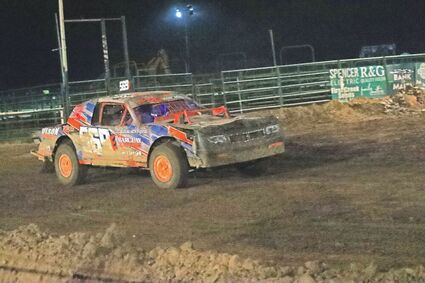 The Grandstands at the Phillips County Fair were packed for the AMX Racing and Crash for Cash events on Saturday, August 7, in Dodson.

The AMX Super event was won by Willie Bice of Plentywood, who had never raced at the Dodson Track before. Bice edged out Great Falls' Dustin McKinney who had previously won at the P.C. Fair for four straight years.

Bice said that he had raced with McKinney and was able to read his moves. McKinney had led in the event for the first four laps before he had a steering issue pull him off track.