Dodson features all new crew in 2021 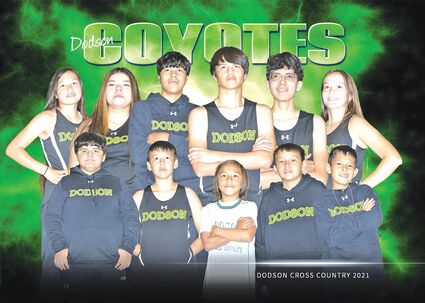 Dodson Coyotes head coach, Tianna Bloomer, is in her seventh year coaching cross country. This year, the majority of runners on her team are in their first year of running.

"I've got a really young squad this year," said Bloomer. "The majority of them are brand new to the cross country world. It's going to be a while before I know what we've really got."

On the boys' team, there are no returning runners. They are all first-year runners.

The girls' team has one returning runner, but she just started practicing, so it will be a while until she can compete, joining the two first year girls on...