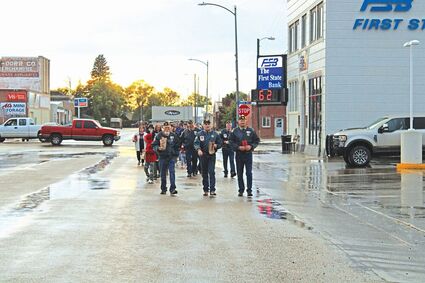 Members of Malta's VFW Post 4067 led a candlelight vigil on Saturday, September 11, 2021, marking the 20 year anniversary of the largest attack on American soil.

In that one attack almost 3,000 people were killed. 2,606 in the World Trade Center and surrounding area, 265 on the four planes, and 125 at the Pentagon. Of those that perished, most were civilians, except for 343 members of the NYC Fire Department, 72 Law Enforcement Officers, and 55 military personnel at the Pentagon.