James Ronald Short "Jim" passed away peacefully at his home in Libby, MT, on September 15th surrounded by his loving family. Jim was a beloved Husband, Father, Papa, and Great Papa to his wife Anita, his three children, and his nine grandchildren and nine great-grandchildren and one great-great-grand child.

Jim was born in Landusky, MT, on November 4th, 1939, to John Joseph and Lilly Marie (Kelsey) Short. He grew up in Zortman and Landusky where his parents worked on the Henson Ranch in Zortman. His family moved to Malta when he and his brother Jack were both old enough to start high school. When he was 16 (even though he said he was three months older than his older brother) he joined the National Guard. After graduating, he enlisted in the Navy on September 18th, 1957. He served until his discharge on November 3rd, 1960 on the U.S.S. Henley.

On Thanksgiving Day 1960, he met the love of his life, Anita Marie Pohlman. It was love at first sight for both of them. They were married in Malta on June 17th, 1961. They were soul mates for 60 years. Together they raised three children; Teresa, Kevin, and Darren, in a love filled household. Jim spent many years serving his community as an EMT with the Libby Volunteer Ambulance and David Thompson Search and Rescue. He spent many hours when his children were younger, coaching their baseball teams, coaching and reffing boxing, and supporting the youth in the community in any way he could. He and Anita were often seen on the sidelines of any sporting event cheering on the kids. He also enjoyed many hours hunting and fishing with his family. He made everyone feel like they were very important and worthy of his time. 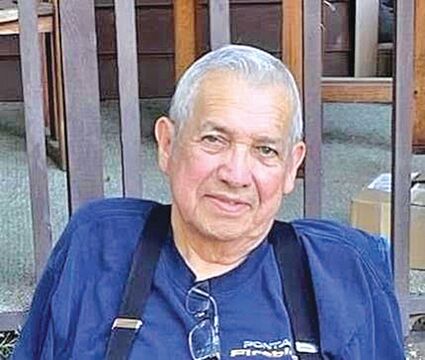 A Celebration of Life for Jim will be held at the VFW in Libby on Saturday, November 6th with burial taking place in Malta at a later date.