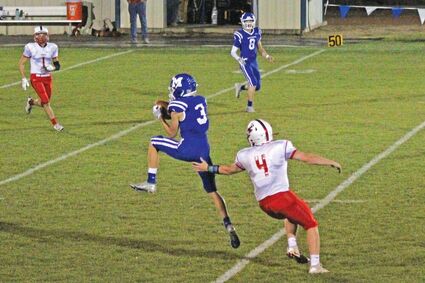 The Malta Mustangs Football team is now 5-0 this season after posting a dominant 43-0 over the Conrad Cowboys at Mustang field on Friday, September 24.

"The key to our win was being able to shut down their run game, and forcing them to pass, and that creates turnovers for us," Malta senior Cash Salsbery said. "Which made sense because we had a lot of picks today."

Salsbery was asked about the team's start, and he said that it was a good start, but the team has plenty to work on.

"We are working our way to get to state," Salsbery said. "That is our end goal."

The Mustangs will host their thi...