M-ettes head to 2B Tourney

To face Harlem in opening round in Wolf Point 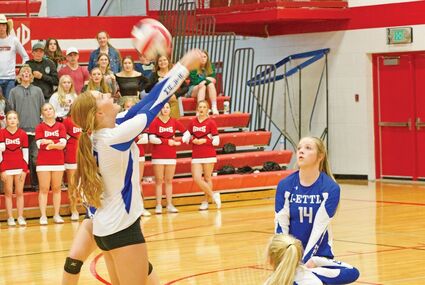 The Malta M-ettes volleyball team finished second in the regular season standings and have thus avoided the play-in game in District 2B Tournament this weekend in Wolf Point.

The M-ettes will compete in the 2B tourney on Friday, October 29, against the Harlem Wildcats in the second game of the day.

Malta has not lost a set to Harlem this season.

Wolf Point and Poplar will square off against each other in the first game of the tournament for the right to face the first place Glasgow Lady Scotties.

If Malta can defeat the Harlem Wildcats they will likely be paired against Glasgow who has not...