Malta heads to Northern B in Glasgow 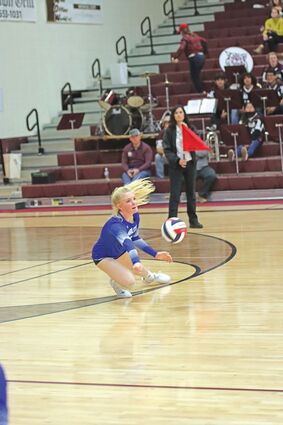 M-ette Brylee French gets low for a dig in Malta's win over Harlem last Thursday. Photo by Pierre Bibbs.

The Malta M-ettes are headed to the 2021 Northern B Divisional Volleyball tournament as the second seed from the 2B District Tournament after nearly forcing their championship game against Glasgow to a fifth set on Saturday, October 30, in Wolf Point.

"It's pretty good to be able to keep going on in our senior year, with the end goal being State, so hopefully we can keep that going," senior Kaylee Bishop told the PCN.

Malta is one of eight Northern B teams that will hope to earn a spot heading to the 2021 State B Volleyball Tournament in Bozeman on Thursday, November 11. Only three teams fr...