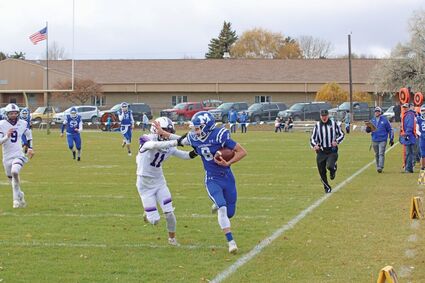 The 2021 post-season campaign ended abruptly for the Malta Mustangs Football Team as they fell 34-22 to the Whitehall Trojans on Saturday, October 30, at Mustang Field.

The Mustangs went into the postseason undefeated and were ranked in the top five amongst Class B schools, and were pitted against a team that posted a 2-6 record in the regular season.

Malta had a 22-13 lead going into halftime, but Whitehall would score 21 unanswered points to shock the 2021 Class B Football Championship Series.

"We had high expectations for ourselves going into the postseason and not realizing your potenti...