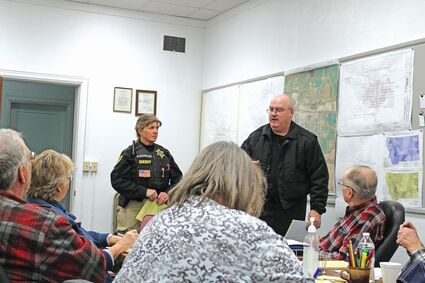 Marie Buchfeller was introduced to the City Council as the newest PCSO Deputy. Photo by Mark Foss.

Buchfeller has been a reserve deputy for two years, working at the Phillips County Fair and other large events.

Sheriff Lytle told the council that Deputy Seth Sanguins was leaving the sheriff's department and going to work with the Fish and Game Department.

"Yes, Deputy Wyatt Uphaus will be going to the academy in January and Marie Buchfeller wi...