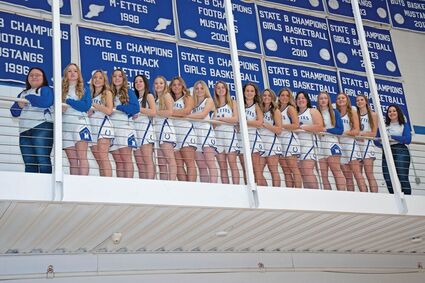 The Malta M-ettes basketball team welcomes back plenty of experience in their 2021-22 campaign. This includes five starters. Who in one season or another have been named to the District 2B All-Conference list.

The M-ettes finished fourth at the 2021 State B Basketball Tournament last season after going 2-2 in the tournament. They fell to the Roundup Lady Panthers in the elimination bracket.

Since then, the team has graduated two seniors from that team including four-year starting guard Erica Smith and Kylie Hunter who logged valuable minutes as a starter in the past few seasons.