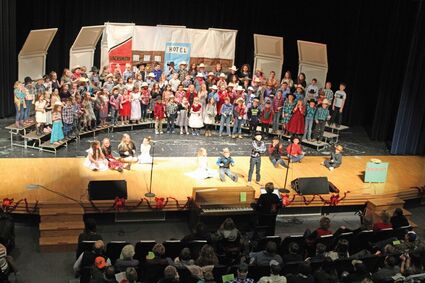 After the Malta High School Band and Choir kicked off the season on Tuesday, December 14, the bar was set pretty high for the rest of the concerts to live up to. They did.

The Malta Middle School Christmas Concert was held on Thursday, December 16, at the MS/HS Auditorium.

The choir, consisting of 6th, 7th, and 8th graders kicked things off under the direction of Mrs. Nancy Murdock and was accompanied by Mrs. Murdock's guitar class.