David Lynn Clark passed through heaven’s gates on December 26th, 2021. David, known as Dave to many, was born September 14th, 1956 to Rolly and Christine (Kurkosky) Clark, in Benson, Minnesota, and was raised the youngest of seven children, on the home farm outside of Murdock, MN. He graduated from Murdock High School in 1975, much to his children’s surprise, as he always claimed to have been kicked out of school in the third grade for not shaving.

On April 23rd, 1976, David married his high school sweetheart and love of his life Cindy Lageson of Danvers, MN. They spent the next 45 years, 8 months, and 3 days living, laughing, and loving each other. Two children blessed this union, Rebecca Ann and Kenny David. Dave couldn’t have been prouder of their accomplishments.

He worked his whole life, it seemed, under the hood of one automobile or another. Although he graduated from high school, his real education happened in the shop at home by his Dad and five older brother’s side. There was little he didn’t know about cars, trucks, or tractors and what he didn’t know he soon learned.

Dave moved his family to Montana in 1984 for a job with Dan Simonson. In August of 1996, he moved with his wife Cindy and son Kenny to Loring and purchased Loring Auto. He enjoyed fishing and hunting, but he was happiest when he was up to his elbows in grease and car parts.

What he loved most was his family. His children and his grandchildren were his pride and joy, emphasis on joy. Any occasion that brought them all together was his favorite! Be it Easter, Thanksgiving, Christmas, Anniversaries, Birthdays, Father’s Day, or just some random day, that was his favorite time and thanked God for every day he had with Mylee, Bryten, and Ryan, as well as Becca and Robert, and Kenny and Brenda. 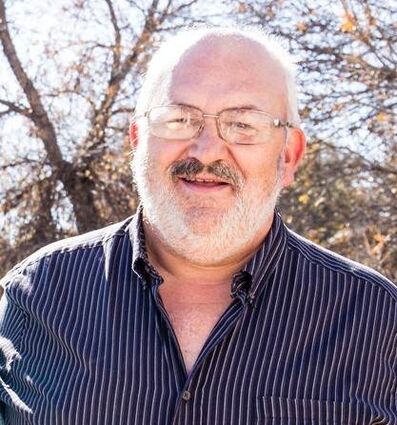 His memories will be shared far and wide by those he leaves behind: wife, Cindy; daughter, Rebecca and her husband Robert; son, Kenny and his wife Brenda and their children Mylee, Bryten, and Ryan; brothers, Dennis (Shakey), Gary (Clarky) and his wife Kathy; sister, Betty (Babes) and her husband Swen; sisters-in-law, Shirley and Karen; many amazing nieces, nephews, great nieces, and great nephews, tried and true friends, and his ever-faithful companion, Billy.

Dave was a man’s man, so in lieu of flowers, he can be honored with a donation to the Loring Fire Hall, Shriners Hospitals for Children®, or St. Jude Children’s Research® Hospital.