M-ettes earn 2B Crown in Glasgow 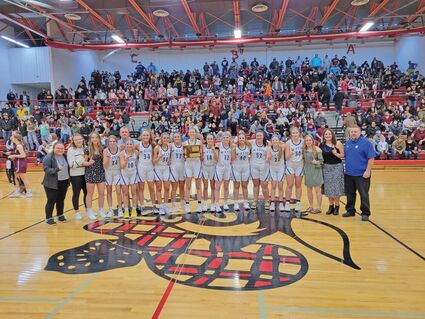 The Malta M-ettes basketball team exited the District 2B Tournament with their second consecutive title last Saturday, February 19, with a 51-43 win over Wolf Point in Glasgow.

"It feels really good," M-ette senior Co-Captain Justine Lamb told the PCN. "I am really proud of these girls. They have been playing really good and they are really great to play with. I am proud of them."

Malta's 2B title win sets them up to face the Shelby Lady Coyotes in the opening round of the Northern B Divisional Tournament to be held in Cut Bank from Thursday, March 3 through Saturday, March 5.