Malta falls to Harlem in 2B Chipper 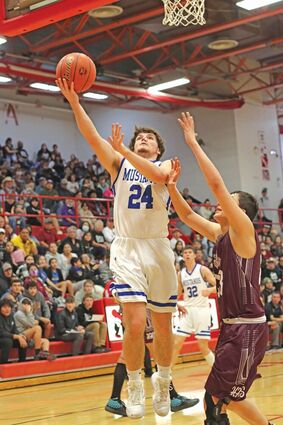 The Malta Mustangs basketball team is headed back to Glasgow for the 2022 Northern B Divisional Tournament on Thursday, February 24.

Malta punched its ticket to the Northern B thanks to their 7-1 record against District 2B foes in the regular season, making last week a lower-stakes outing for the Conference Champion Mustangs.

The team's aspiration to make the 2022 Class B State Tournament comes with a lot more suspense, as they hope to be one of three teams to head to Bozeman on Thursday, March 10.

Malta lost the District 2B Championship game to the Harlem Wildcats on Saturday, February 19,...