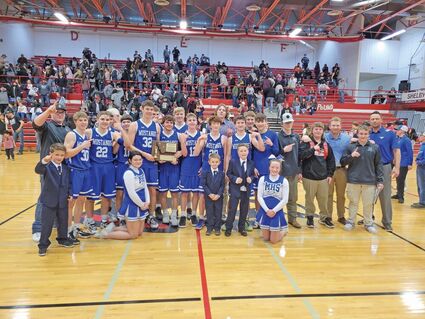 The Malta Mustangs basketball team is headed to the State B Basketball Tournament for the first time since 2017, the year that the Mustangs defeated the Anaconda Copperheads 54-51 for the Class B Title.

This time, the Mustangs go to state as the Northern B Division Champions.

"It feels amazing," Malta Senior Co-Captain Rex Williamson told the PCN. "It took us four years to get here and just making it to state is an honor. I am just happy that we are here."

The Mustangs punched their ticket to state by shocking the Shelby Coyotes 46-42 in the Northern B Divisional Semi-finals on Friday, Febr...