PCMS Holds Their Annual Meeting at the GN 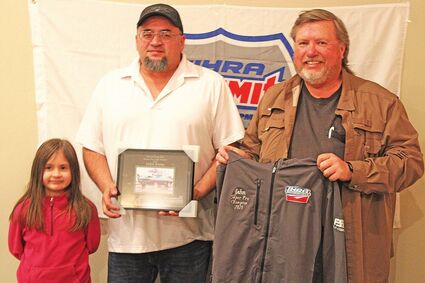 The Phillips County Motorsports held their annual meeting at the GN on Saturday, March 19.

"I'd like to thank everyone for coming tonight," said PCMS President Dan Stout. "I think we'll start off with the meal and then get down to the meeting and presenting the awards."

As the meeting got underway, the first item of business was to nominate three board members. The two incumbents, Dennis Bebee and Gary Mathwich were re-elected. The third open seat was won by Dan Olson replacing his brother Dave.

The club then voted on the President. Dan Stout was the only nomination and was unanimously vote...