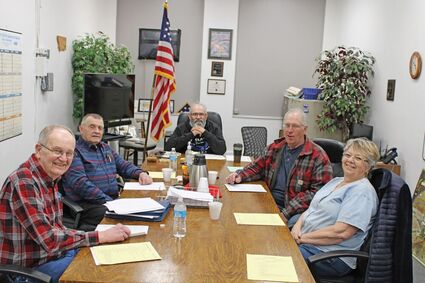 It is spring cleaning time for the Malta City Crew, reported Eric Witmer at the last Malta City Council meeting on Tuesday, March 22.

Filling in for Public Works Director, Jim Truelove, Witmer informed the council that street patching has begun. The city crew is also blading alleys and the street sweeper has been out cleaning the remnants of winter away.

Witmer also told the council that the cardboard yard between the fire station and MOI has been cleaned up and the fencing has been taken down. The extra garbage barrels that the city did have on hand have been given out to businesses and mo...