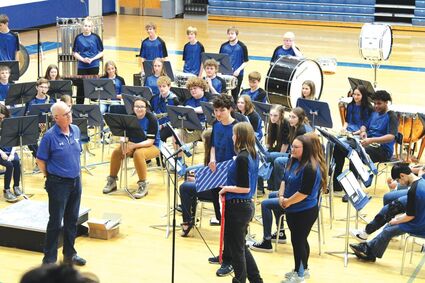 The Malta seniors played the final concert of their careers on Friday, May 13. A concert that was set to be played outside, was thankfully moved into the gymnasium due to wind and rain.

The choir and band sang and played numbers that they had performed at the Montana State Music Festival, most of which received a superior I grade.

The night moved back and forth between different ensembles of the choir and band. Starting with the Concert Choir singing 'Hold Fast to Dreams'.