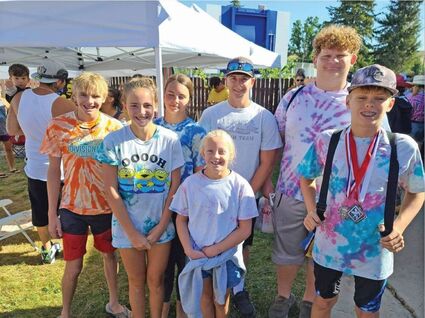 The season ended for the Malta Swim team at the 2022 Montana Federation of Swimmers State Meet in Lewistown, and Malta earned a few medals to end the year.

The event was held at the Lewistown Aquatics Complex from Saturday, August 6, to Sunday, August 7. Over 500 swimmers were present for the meet.

Malta's boys team was seventeenth after scoring 48 points, and the Malta girls team was nineteenth with a score of nine points.

The boys were led by 14-year-old Kael Young, who scored a total of 27 points. His brother, 12-year-old Silas Young, was second amongst Malta swimmers with 13 points. Ree...