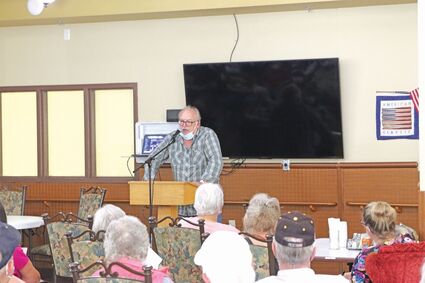 HLRC Administrator Duane Murray announced the closure of Malta's nursing home facility due to low census, regulations, and a $25,000 deficit every month. The facility must move its residents within a 60 to 90 day period. Photo by Pierre Bibbs.

A relatively quiet audience, hopeful of getting some clear, concise answers, filled the dining room at the Hi-Line Retirement Center last Wednesday. Amid rumors and speculation, a captive audience waiting for the word.

However, the "word" wasn't what those in attendance were hoping for.

Murray first played a recording from KRTV citing the crisis across Montana that has led to the closing or pending...