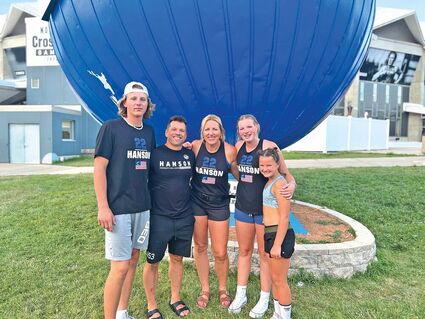 Hanson and most of his family including his wife, Whitewater native Kerry (Simonson) Hanson, and daughters Ava and Etta, moved to Malta a few weeks ago. His son Eli has been in Malta since last Spring.

"Kerry is from Phillips County, but really it was about our kids; a different life for our kids," Yurii told the PCN. "That was the catalyst behind the change."

The couple has owned, operated and competed with CrossFit Billings since 2008. Hanson...