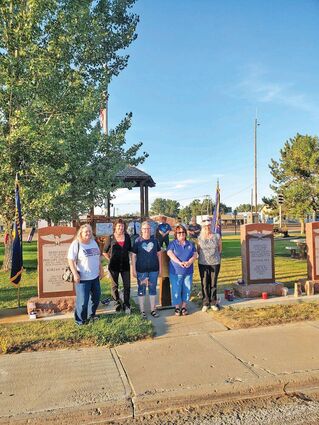 Twenty-one years after the tragedy that caught the world by surprise with an attack on US soil by terrorists, the memories are still vividly etched in our minds.

Activities were held during the week to commemorate and help America heal. The American Legion, the VFW, Sons of the Legion, and Auxiliaries held a walk, had a prayer service led by Chaplain Rick Mikkelson, and luminaries at Veterans Park (luminaries were lit to show hope in our darkest hour).

A two-story version of the Twin Towers was erected on the east wall of the Villa Theatre. Patriotic music on theatre loudspeakers were pl...