She and her three siblings Violet, Joe, and Ann lived in a small house. During her youth, she was in and out of foster homes and was in a segregated school where boys were on one side and girls on the other. She also worked as a waitress to help her family.

While working as a waitress in a café, she met the love of her life, Lonnie, who was a cook at that same café. They married in Williston, ND, on March 15, 1959, and had three children: Dawn, Debbie, and Floyd. They moved from Williston, ND, to Poplar, MT, in 1963. After a few years, they then moved to Malta, MT, and she started working at the Maltana Motel. She loved that job. So much in fact, that she worked there for 53 years.

She also had a side job on Wednesdays and Saturdays at the news office. As if two jobs weren't enough, she started working as a housekeeper at the Great Northern Hotel in her later years.

Pearl enjoyed dancing the night away at Roger's Saloon, aka "The Hole", singing, socializing, attending events and concerts, spending time with family and friends, playing games, walking, laughing, creating memories, and making the best of any situation. She attended the Church of Jesus Christ of Latter-Day Saints and was an active volunteer with the Good Samaritan Center, aka the "Good Sam." She spent many evenings playing cards with the residents, pushing them around in their wheelchairs, calling bingo, and dancing with them, even the ones in wheelchairs. Nothing was impossible in her mind. She volunteered so much that she even received recognition for it in the Malta paper in 2003 and was nominated for A National Campus Award for Volunteer of the Year for her "never tiring and always giving" attitude in 2005. She always had a story and made sure everyone she knew or didn't know knew about it from her perspective. 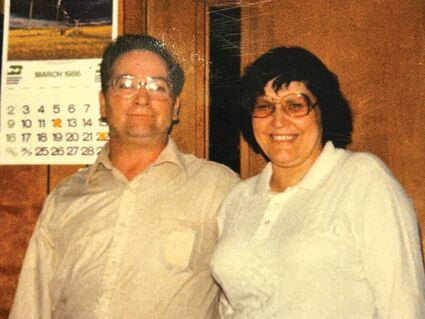 She was preceded in death by her husband Lonnie, her son-in-law David, and her grandson Shawn Floyd Peacher. She is survived by her three children: Dawn (David-deceased) of Malta, MT, Debbie of Malta, MT, Floyd (Brenda) of Glasgow, MT; three grandchildren Misty (Jason) of Havre, MT, Canton of Gillette, WY, and Camron (Rena) of Malta, MT, as well as two great-grandchildren Tucker and Drago, and numerous other relatives and friends.

Funeral services are scheduled for Saturday, October 8, 2022, at 1:00 p.m. at the Wilderness Funeral Home in Malta, MT, located at 202 S. 2 nd St. E. There will be a reception following the service at the Church of Jesus Christ of Latter-Day Saints located at 611 S. 4th St. E.