M-ettes head to 2B tournament 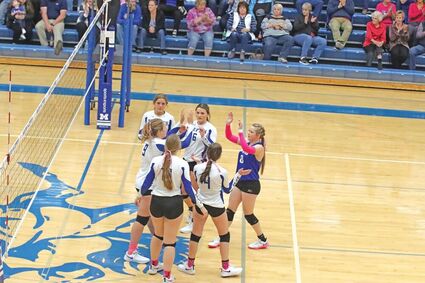 Malta celebrates during an earlier game. Photo by Pierre Bibbs.

The regular season has come to an end for the Malta M-ettes Volleyball Team, but the postseason starts this week in Poplar, as all five teams get ready for the 2022 District 2B Volleyball Tournament in Poplar.

The tournament is scheduled to begin on Friday, October 28, and conclude on Saturday, October 29. As the team prepares for the tournament, Malta Head Coach Mary Grace Kalal was asked about the team's approach.

"We just have to come out bigger and stronger than we did in the pre-season," Coach Kalal said.

The M-ettes, who finished second in the 2B District, will face the third seed W...