Condolences for the family may be left at http://www.kirkwoodfuneralhome.com.

Dan was born in Miles City, Mont., September 16, 1944, the son of Ernst & Ruth Kluck. Dan was educated and graduated from Vale, South Dakota and after graduation Dan and his brothers Keith and Ken worked the sale barns in Sturgis, St. Onge and Belle Fourche South Dakota six days a week.

In 1969 and 1970 he went on to work for Mckiey Chevrolet in Sturgis. After he became an accomplished mechanic, he was then sent to school to learn how to become an alignment technician. Dan then went on to work for Ivan Moore in northeast Wyoming as a ranch hand. 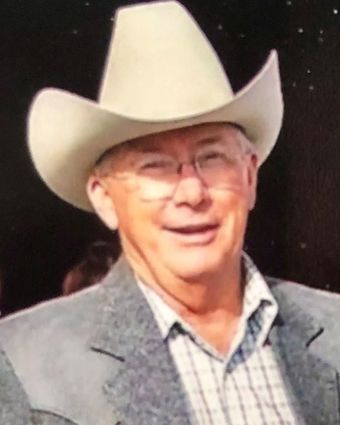 In 1972 Dan had moved to Malta to go into partnership with his brother Keith running cattle. In 1986 Keith had moved to Lewistown and Dan continued on with the ranch. He met and then married Colleen McDonald on December 6, 1975. In the year of 1977 Nathan Kluck was born and in the coming years Nick, Kyle, and Kory in 1986. Dan enjoyed riding a good cutting horse, sorting cattle and traveling all over the state of Montana watching his boys play basketball. Dan also enjoyed spending time with his seven grandchildren whenever possible. Dan's other accomplishments were being a member of the Saco school board for 9 years and also on the FSA board for 9 years as well as a current member of RAC board and stock growers.

Dan is survived by his wife Colleen Kluck of Malta, sons Nathan (Katreena) of Belgrade, Nick (Kristi) of Gillette, Kyle (Bridgette) of Malta, and Kory of Great Falls along with six grandsons and one granddaughter.