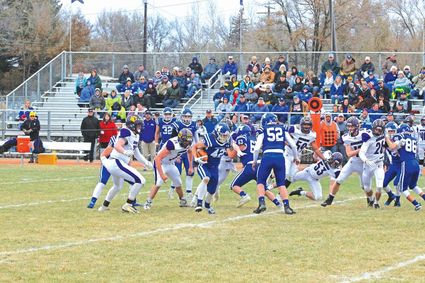 The 2019 Mustang Football Team started preparation for the season in June with a team camp in Spearfish, South Dakota by competing against teams from South Dakota, Wyoming, and Colorado. The season included eight wins, two losses, a second place finish in the North Division, and a first round playoff victory. The season ended with a Quarter-final loss in Red Lodge. Many great memories were made along the way.

This team was a very unselfish group that was a ton of fun to coach. They were led by five seniors who will be greatly missed. They are Callan Mears, Tanner Smith, Marcus Woods, Frank...