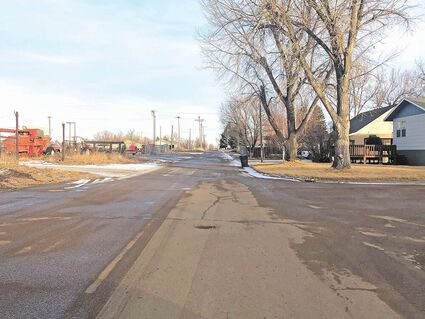 Two 15 mph signs will be placed on 2nd street. Photo by Sophia Hebert.

The Malta City Council held their meeting Tuesday, January 26, at the Malta City hall building, at 5 p.m. During the meeting, Malta Public Works Director Jim Truelove presented an idea of constructing two new 15mph signs. Director Truelove reported to the PCN "The signs will be placed on 6th avenue to 8th avenue on second street, encompassing two blocks." The Council voted yes on Truelove's proposal. Truelove also reported that the 300-gallon trash cans the city ordered are showing up and being put out. The city started patching the roads but are waiting for more patching material to come...