Paul Dean Kunze passed away on March 20, 2021, at Phillips County Hospital after a short and courageous battle with lung cancer. He passed peacefully in his sleep surrounded by family.

Paul was born in Colfax, Washington May 4, 1940, and was adopted by Jane Marie and Paul August Kunze. He has one younger brother, Jim, who now resides in Clarkston, Washington.

Paul and Fran recently celebrated their 49th wedding anniversary. They had a wonderful family of four daughters, Gloria, Cherie, Nancy, and Alecia, and one son, Mark.

Paul and Fran moved to Malta, Montana, in 1981, purchasing a home south of town on HWY 191, where they established their home for the past 40 years. Paul was the Blasting Supervisor for N.A. Degerstrom for several gold mines, until 1991. He purchased the Lane pump business in 1991 and started BDS, Inc, which is still in existence.

Prior to moving his family to Montana, Paul’s illustrious career led him to the states of Washington, Alaska, Idaho, Oregon and Hawaii. He was a Geology Major at Washington State University and became a Lead Explosives Foreman for Whitman County in Washington State by the age of 20. He worked on such notable projects as the Grand Coulee Dam, the Pi’ilani Highway on Maui, Rock Island Dam in Wenatchee, Washington, and locally was a part of the project to excavate “Leonardo,” the first discovered mummified dinosaur in the world.

Paul was a long-time member of ISEE (International Society of Explosive Engineers). He served as a board member for nine years and was the Society President in 1998 and 1999. Paul also served as Chairman of the Board of Trustees for the SEE Education Foundation for 2000-2001. He was a founding member of the Rocky Mountain Chapter of ISEE in the state of Montana in 1991 and has served as President since its inception that year. He was a published contributor in many of the membership publications, including being a contributor to the ISEE 18th Edition Blasters Handbook as an author and reviewer. Paul left a significant footprint in the industry, from a small rural Western town blaster to the world stage, always humble and oh so caring.

He enjoyed competitive trap-shooting events and competitions, receiving many awards along the way. He was a devoted rock-hound and taught himself how to knap arrowheads. Other hobbies included silversmithing and woodworking. He was an avid outdoorsman and enjoyed fishing, hunting, and photography. 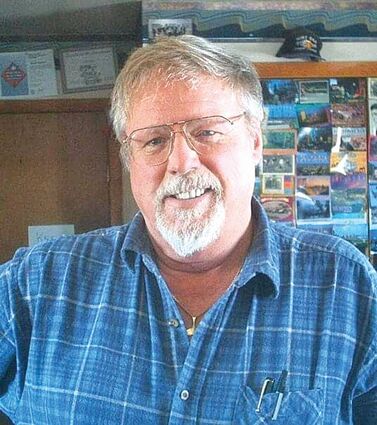 He is survived by his wife, Fran, and his five children, Gloria (John) of Salem, Oregon, Cherie (Dave) of Kalispell, Montana, Nancy of Portland, Oregon, Mark (Lisa), and Alecia (Steve) both of Malta, Montana. He also leaves behind a legacy of 30 plus grandchildren and great-grandchildren.

Paul was so giving of himself and his knowledge, always sharing with family, friends, and business associates in any way he could. He was so kindhearted and proud of his family, beaming with pride whatever the occasion.

Dad leaves behind a beautiful tapestry of life; a loving family, good friends, and lots and lots of wonderful memories.

Services will be at 2 p.m. on Saturday, March 27, at Wilderness Funeral Home with graveside services to all who would like to follow. Reception at the Tin Cup.