Paul “Casey” Stengel died of natural causes on Tuesday, April 20, 2021, at the age of 97. The past year he had been living at the Central Montana Nursing home in Lewistown, Montana. Casey was born to Einar and Johanna Stengel in the rural community of Saum in northern Minnesota where he was raised with his older brother Bjarne and younger siblings, Eva and Arnold. He attended primary school in Saum and high school in Keliher. During World War II, he served in the US Army, 233rd Engineering Combat Battalion in the Asiatic-Pacific Theatre. He then attended Bemidji State Teachers College where he earned a BS in Education. In 1949 he married Garnette “Nick” Marmorine and their honeymoon consisted of the long drive from Bemidji to Malta, Montana to start his first job as a teacher. Sons Paul (1950) and David (1955) were born in Glasgow and Malta respectively.

During his 17 years in Malta, while teaching, coaching, counseling, and officiating sports, he earned a Master’s Degree in Education from the University of Montana. He became the Malta High School principal and then was the Superintendent of Malta Schools. In 1966, Casey moved the family to Wolf Point, Montana, where he was the superintendent of schools for 10 years. In 1976, the superintendent job in Custer County had Casey and Nick moving to Miles City and serving in that position until his retirement in 1989. Soon after retiring, he took on a volunteer position with AARP providing educational workshops and training sessions throughout the Northwest states. Casey enjoyed the work and both he and Nick loved traveling to different locations that the work took him. When travel was no longer an option due to Nick’s deteriorating health, Casey became her full-time caregiver and was the epitome of devotion until her death in 2006.

Casey had a long-term love affair with music and athletics, particularly those involving students in the local schools. If you needed to find him, you just needed to know where the concert or the ball game was going on. His life can be summarized in two words, education and service. He was a strong proponent that education was essential and that learning should be fun as well as interesting. When it comes to service, his granddaughter recently said it best, “Grandpa is an easy person to share about. I’m so proud to be related to him. His life was one of service. Service to country. Service to the community. Service to education. Service to family. As I’ve been thinking about my favorite memories, everything goes back to serving someone besides himself. Such an honorable human! An amazing example for all who knew him.”

While he received many awards and accolades throughout his career and life, his true reward was the subtle enrichment or enhancement of another person’s life. 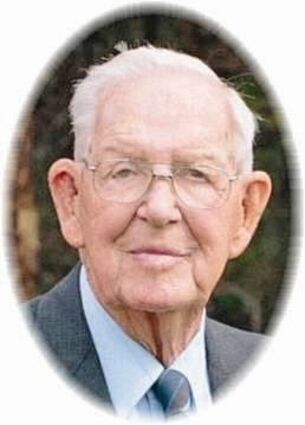 Survivors include sons Paul Jr (Merle) Stengel of Lewistown, MT and David (Roberta) Rio Verde, AZ; sister Eva Stengel, Keliher, MN and brother Arnold (Doris) Brainard, MN. Grandchildren Aaron (Lindsey) Stengel; Kassi (Chris) Stengel-Moore; great-grandson Eli Moore and numerous cousins, nieces and nephews, and most of all his friends and neighbors whom he cherished. He was proceeded in death by his parents, his wife Nick, and his brother Bjarne.

A funeral service will be held at 10:30 on Monday, May 3 at Stevenson and Sons Funeral Home, Miles City, followed by burial at the Eastern Montana State Veterans Cemetery. A luncheon will follow the burial at the Parlor. Condolences may be sent to the family and the funeral viewed by live stream at http://www.stevensonandsons.com on Casey’s obituary page.

In lieu of flowers, memorials may be made for a scholarship in memory of Casey Stengel to be established with the Miles City School District.