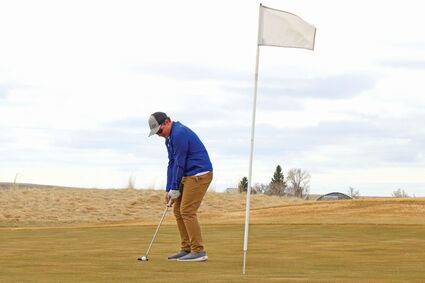 The Malta boys and girls golf teams have had a rough start to the season due to weather.

They got the first meet of the season in on April 9, at Shelby. The Mustang golfers were led by Kaden Bishop with a score of 100. Good enough for 17th place overall. He was followed by Jon Siewing-112, Hunter Stolem-115, Ashton Weston-115, and Connor Clausen-119.

The M'ettes, though not having enough players to get a team score, were led in individual scores by Sydney Gibbs-120, good enough for 12th place. She was followed by Kennedy Koss-122, and Aubri Werk-169.

The teams then had a two week delay due...