Golf Teams Enjoy Warmer Weather and Get Two Meets In 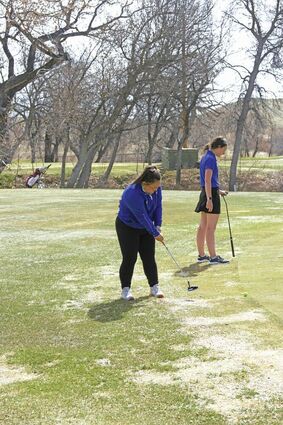 The Malta High School Golf Teams had two meets this past week. Golfing in Wolf Point on Thursday, April 29, and in Glasgow on Friday, April 30.

Results for the meet in Wolf Point are as follows:

The M'ettes were led by Lavida Dalby who scored 113, good enough for 10th place overall. She was followed closely by Sydney Gibbs with 114 in 11th place. Kennedy Koss scored 117 in 13th place and Aubri Werk scored 127 in 17th place.

The Mustangs were led by Kaden LaBrie with an 87, good for 3rd place overall. Hunter Stolem scored a 104 for 18th, Jon Siewing shot a 105 for 19th place, Connor Clausen...