After a courageous battle against Sarcoidosis, Richard (Rick) Losleben walked home on the early morning of February 27, 2021, born in Malta, Montana to Roman and Barbara Harrison Losleben , May 13, 1956.

Rick was a man you wanted on your team. He was proud to have served 4 years in the US Army after graduating from Malta High School, following with career enrollment in the US Army Reserves. Discharged from the Army, Rick worked as a Police Officer in Glendive. He owned a Jiffy Lube with friends, married Sharon Lewis, and loved Glendive.

Rick worked for the Montana Dept. of Justice in the Gambling division, stationed in Great Falls. He thrived in undercover investigations.

After losing their son Bradly to SIDS Rick and Sharon found new life in the addition of their children Tyler, Angelina, TJ, and Joey. Life became one experience after another of grace, patience, and adventure. Watching the family dog herd those kids around the fence in the backyard during a family barbecue was hysterical.

Being a father in his words was Ricks's greatest achievement. No matter what life threw at him he always kept a positive attitude. Between jokes and dollar store gifts he was the life of the party. Being involved in his kids' lives was his joy, sports, band, graduations, and vacations the Losleben clan was always on the move. His kids know how blest they were having a father who pushed them to be the best version of themselves.

Rick served on the Vaughn School Board, addressing the needs for rural education and kids.

As health declined, Rick moved to Arizona and earned his teaching certificate and Master's degree through the Back to School for Vets program. Rick taught at Globe High School, making history fun and applicable in the classroom, students loved Mr. Losleben.

Rick moved to Florence Arizona to teach in the Eyman Prison. Combining his skills as an officer of the law and teacher Rick was revered by the inmates and staff. 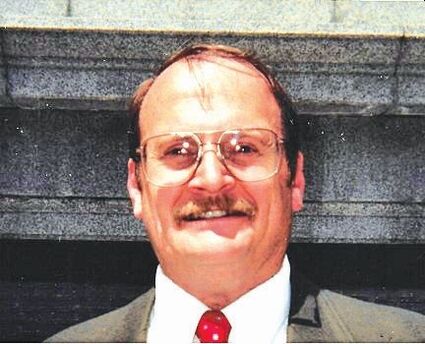 Rick is survived by his children Tyler, Angelina (Andrew) Murphy, Terrance/TJ (Bianca), and Joseph. Rick's grandchildren Alonzo, Roman, and Tristan were the light of his life and the source of his greatest strength. Throughout his life, Rick maintained an incredibly close bond with his brothers and sisters, Debbie Fleming, Jim, Tom, and Joan Hall. Aunts, Uncles, and cousins regale fun memories of Rick and his antics. His ability to bring the family closer together extending bridges of understanding and patience was a gift.

Cremation has taken place at Heritage Chapel in Florence, AZ. Services will be in Malta, at St. Mary's Catholic Church June 24, Holy Rosary followed by Mass June 25. Memorials may be sent to the American SIDS Institute.