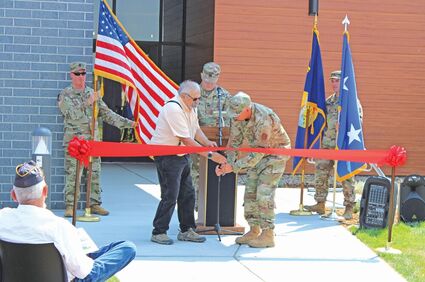 At 11 a.m. on Sunday, July 11, a ceremony to open the new National Guard Readiness Center was held.

Captain Jacob Pancheau, Commander of the 484th Military Police Company in Malta, welcomed everyone to the ceremony.

After the National Anthem and the invocation, he gave a short history of the National Guard and the Armory in Malta.

CPT Pancheau said, "On December 13th, 1636, the first militia regiments were organized in Massachusetts. Based upon an order of the Massachusetts Bay Colony's General Court, the colony's militia was organized into three permanent regiments to better defend the co...