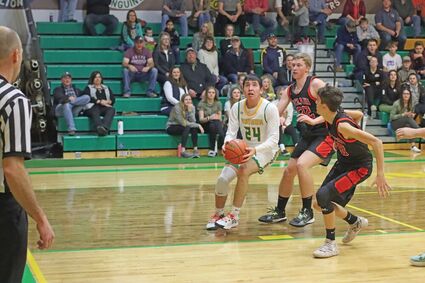 Alex Werk prepares to go up for a layup attempt. Previous Photo by Pierre Bibbs.

The Coyotes are scheduled to travel to Roy to take on the Roy-Winifred Outlaws on Friday, February 4, at 7 p.m. They will then play Class B's Poplar Indians on Saturday, February 5, at 7 p.m. in Dodson.