Lois was the oldest of three girls. They were raised in the Malta area along with close cousins and became known as the Long girls. They attended schools in Saco and Malta and Lois graduated from Malta High School in 1956. Lois went on to Multnomah School of the Bible in Portland, Oregon graduating with a BA in Biblical Studies in 1963.

Lois enjoyed music and was an accomplished trombone player, and she was a member of a traveling quartet representing Multnomah. During her senior year at Multnomah is when she started dating Glenn Bruckner and they were married at Malta Community Church June 24, 1963. In January of 1964 they moved back to Malta and eventually settled in the Harb community farming with Glenn's Dad. November 4, 1964 their son Dale was born. Not long after Dale's arrival Lois became very ill and was hospitalized in Rochester, MN for three months. Both Glenn and Lois had goals and dreams of being full time missionaries. Missions was always a very important part of their lives even though health issues kept them from going to the foreign field.

Harb was their home for the next 18 years where they were involved in farming and pig production. A foster son John Dozier was added to the family during those years. Lois was active with the Harb Homemakers and that was a very special group of neighbor ladies to her. In 1979 they moved 3 miles southwest of Malta where Lois lived until September of 2019 when she moved to the Hi-Line Retirement Center. Lois was active in many organizations and also enjoyed her time that she ran her Christian book store "The Book Nook" and she was a Mary Kay Lady for many years. Everything she did, she did with ministry in mind and always shared Jesus whenever she could. Her church and church family were a huge part of her life. These last years Lois found much joy and contentment living at Hi-Line Retirement Center with many special friends she cared about and that cared for her. 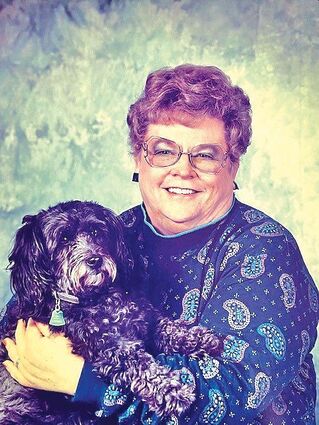 Services will be Friday March 25th at 7:00 for visitation and Saturday March 26th at 11:00. Funeral service at Wilderness Funeral Home Malta with interment in the Malta Cemetery. Lunch will follow at The Malta Grace Fellowship Church.

Wilderness Funeral Home has been entrusted with services and arrangements.