Lewellyn Boos McNamara peacefully passed away on March 25, 2022, surrounded by her family. Lewellyn was born July 27, 1931, on the Boos homestead north of Wagner, MT. to August and Anna Boos. Lewellyn grew up in a fun and music-filled home with four brothers and three sisters. Her father once said, "We have a musical family, even our sewing machine is a Singer."

Lewellyn graduated from Dodson High School in 1950. She spent a few years helping on the family farm and then moved to Malta and worked for MDU as a cashier. She later went to work at the First State Bank as a teller and retired after 35 years as the Assistant Vice President and Cashier.

She married her high school sweetheart, Dick McNamara, in 1955. She was a wonderful cook and homemaker; everyone was always welcome in her home. She always had a smile on her face and was known for her good sense of humor.

She had three children, Dale, Debbie, and Mike. The family spent many weekends at their summer home in Zortman, MT riding around in their old army jeep. 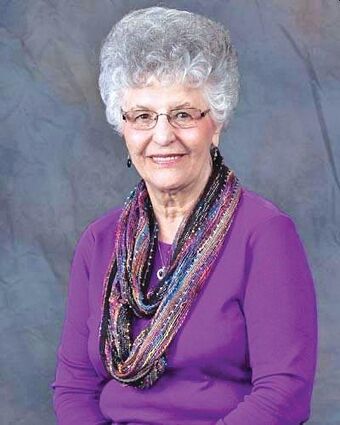 Lewellyn is survived by her son Mike (Beth), daughter Debbie (Nick), sister Mary Lou Lavey, sisters-in-law, Lillian Boos, Karen Boos, and numerous nieces and nephews. Lewellyn had a great love for her eight grandchildren and nine great-grandchildren. She enjoyed many tea parties, mango parties and loved sharing her funny stories about growing up on the family homestead.

Lewellyn is proceeded in death by her husband, Dick, son Dale (Tammy), her parents August and Anna, her brothers Joseph, Vincent, Bernard, Leonard, Don, Tom, and sisters Lila and Evelyn. She will be remembered for her strength, smile, resourcefulness, and generosity. Her friends and family will greatly miss her.

A celebration of her life will be held at a later date.