C. Paul Morrow, M.D. was called to eternity by Our Lord on Thursday, March 17, 2022. He passed peacefully at home surrounded by his family.

Paul is survived by his beloved wife, Jean, of 59 years, and their large and loving family: their five children;19 grandchildren;12 great-grandchildren; and his two sisters, Sue Kron and Julie Howell, both of Malta.

He was preceded in death by one sister, Eileen, and four brothers, Tom, Pat, Dick, and Mike.

Born and reared in Malta, MT in 1935, Paul was the fourth of eight children. In 1957, he graduated from Carroll College in Helena, MT, and in 1962 he earned his MD from Loyola Stritch School of Medicine in Chicago.

He met his wife during his internship at Sacred Heart Hospital in Spokane, WA, then served for two years as a Navy medical officer on the aircraft carrier U.S.S. Kearsarge. 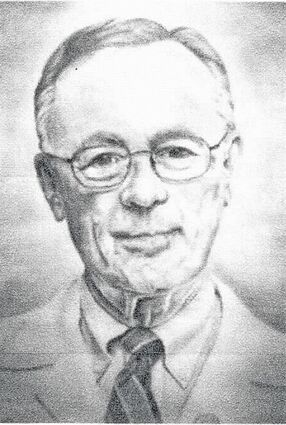 Paul completed his obstetrics and gynecology residency at Little Company of Mary Hospital and Mercy Hospital Medical Center in Chicago. Paul began his lifelong career in the new subspecialty of gynecologic oncology at MD Anderson Cancer Center in Texas in 1968. In 1971, Paul became one of the founding members of the Division of Gynecologic Oncology at LAC+USC Medical Center. Throughout his nearly four decades in academic and clinical medicine, Paul was dedicated to the newest and highest standards to preserve the best quality of life for patients. Widely regarded as one of the finest surgeons and educators in his specialty, he authored two definitive textbooks, dozens of scientific articles, and edited several books.

Paul said that his greatest blessing was his wife and children. He enjoyed visits with friends and family, traveling, classical music, opera, and sports.

Paul is remembered well for his generosity, integrity, wit, and devotion to the Catholic faith.

Funeral services were held at St. Therese Church, Alhambra, on April 2, 2022 (rosary at 9 a.m., Mass at 10 a.m.). The cemetery service was held at Queen of Heaven Cemetery in Rowland Heights.