High Winds Cause a Bit of Damage Around Phillips County 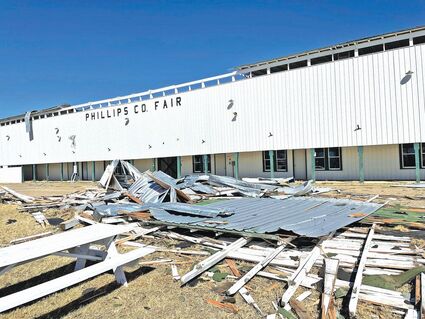 The roof of the Phillips County Fair Grandstands was ripped off by continuous winds last Tuesday, April 5, in Dodson. Photo by Shane Anderson.

Unless you were in your underground bunker waiting to see which world leader completely loses their mind first, you may have noticed a little bit of wind last Tuesday and Wednesday, April 5 and 6. 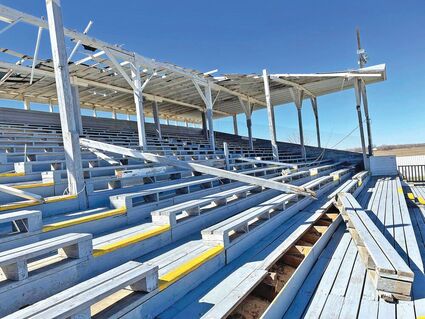 The inside of the Grandstands. The roof damage is shown as well as damage to spectator seating. Photo by Shane Anderson.

Consistent high winds, with even larger gusts rattled the area for almost 48 hours, causing minor to significant damage in Malta and around the county.

Shane Anderson, local agent for Farmers Union said, "I've had 18 wind claims in town so far, and expect a few more to come in, in the next couple of days."

The National Weather Service registered the peak wind of those hours in Malta at 75 mph.

The Phillips County Fairgrounds received some significant damage to its grandstands, completely losing the top of the middle section of the structure, as well as some damage to other buildings around the grounds.

The Fair Board and County Commissioners are working on a plan currently for the repairs.