Edward F. Spang passed away at 93 peacefully in his sleep at his home in Boise Idaho of natural causes on April 3rd, 2022. We are grateful for the time he shared with all of us.

He had a full life of service to his Family, the Bureau of Land Management and the Air Force. Ed perpetuated and enhanced a proud tradition of a dedicated family man and public servant where he made a number of contributions to those that were blessed to know him over the years. 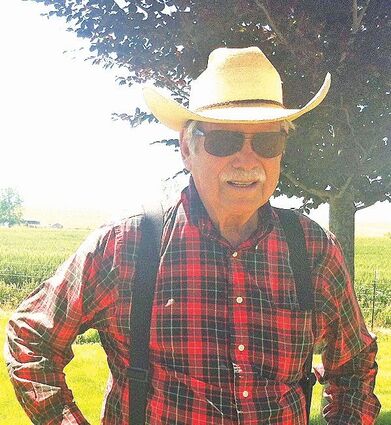 Ed attended Montana State University in Bozeman, Montana, receiving a Bachelor of Science degree in Range Management. He was a Captain in the Air Force and Air Force Reserve. During his tenure with the Bureau of Land Management Ed was the State Director of Alaska and Nevada and served in other assignments in Montana, Oregon, Arizona, Washington DC, and Africa. Ed was a Life Time Member of the Public Lands Foundation and active in the local Federal Retirees Group.

It is always sad to say farewell to the ones we loved and cherished. Memorial Service and Mass will be held at Saint Mary's Catholic Church in Malta, Montana, on April 22nd, at 1:00 P.M. followed by a Graveside Service where Ed will be laid to rest next to his beloved wife Marlene.

Make a Donation to the charity of your choice in remembrance of Edward Spang.