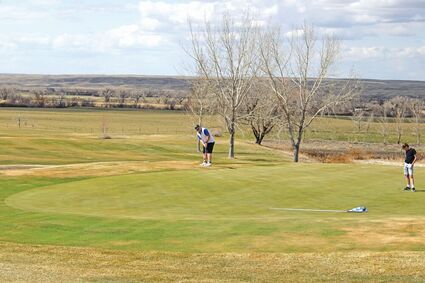 Both the Mustangs and M-ettes golf teams had a busy week last week with three golf meets attended and one canceled.

On Monday, April 25, the teams were in Fort Benton.

The M'ettes were led by Sydney Gibbs who shot a 105, good for fourth place overall. Kyann Bergos shot a 110 for sixth place, Brittney Sorlie was right behind with a 112 in seventh place, and Kennedy Koss shot a 115 for eighth place.

The Mustangs took fourth place in the team scores with a score of 414. Choteau won the meet with a...