John was born April 6, 1928, on the family farm near Lovejoy, present-day Loring, to Andrew and Bertha Flansaas. He had just celebrated his 94th birthday last month, with nearly all his surviving family attending. It was a very special event that he and his family truly cherished. He attended elementary school at Hermanson School and graduated from Loring High School. John served for two years in the Army, serving in Japan and Korea during the Korean War, as a medic.

After his service, John returned home to marry his sweetheart, Ruth Flansaas, on August 9, 1 953. They then devoted their lives to farming and ranching on the family homestead, while raising their three children, Gloria, Carol, and Michael. Each season offered its own agenda to keep him busy, but he always found time to spend with family and friends. John and Ruth enjoyed traveling on bus tours and to visit family around the country. He created many special relationships and memories. His loving grandkids fondly call him Papa John. He carried on his farming vocation in his backyard garden, raising some of the tallest and tastiest corn in town.

John had a strong faith in God and was always active in the church; first Loring and later, Malta Lutheran. He served as treasurer of the LLC for 30 years. His faith and steadfastness were an inspiration to many. He especially enjoyed attending the Malta Lutheran Men in Mission coffee group.

John was involved in his community. He was active in VFW, serving as commander for a year. Masonic Lodge and Shriners were also an important part of John's life. For many years he could be seen at the PC Fair selling Shriner's raffle tickets to raise money for the children's hospital. 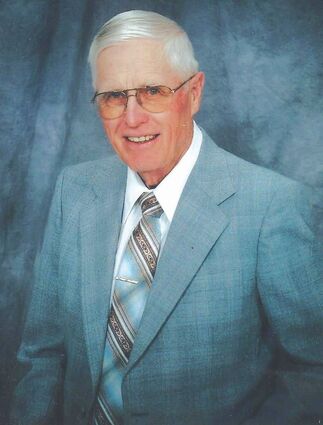 John is survived by his wife, Ruth; daughters, Gloria (Jerry) Salveson of Malta and Carol (Pete) Lumsden of Loring; son, Michael (Brenda) Flansaas of Juneau, AK; two special cousins, Anita Alexander of Glasgow and Lynn (Art) Verkler of Graham, WA; ten grandchildren and 22 great-grandchildren. He was preceded in death by his parents, Andrew and Bertha, his sisters and brothers-in-law Anna and Ed Berdahl and Mabel and Roy Hockett; his brothers and sisters-in-law Glenn and Mary and Albert Flansaas and Leona Kienitz and his grandson, Andrew Flansaas.