Jim was born September 29, 1945 in Malta, MT where he was raised and educated. Prior to graduating high school, Jim enlisted into the Navy where he proudly served for 6 years specializing as an electronics technician.

After an honorable discharge, he lived in San Diego, CA and attended San Diego State University where he earned his degree. During this time, he worked as a professional bowler and was often featured on television competing in various bowling tournaments. Following College, he went to work for Xerox. Jim stayed in San Diego for 15 years. He then moved to Pendleton to be closer to his biological father whose health was failing. Jim was later transferred by Xerox to Baker City, OR.

Jim loved riding motorcycles and visiting with his friends at "The Bearded Dog". He also enjoyed golfing, fishing, traveling and the outdoors. He was an active member of the Lions Club and the Eagles. 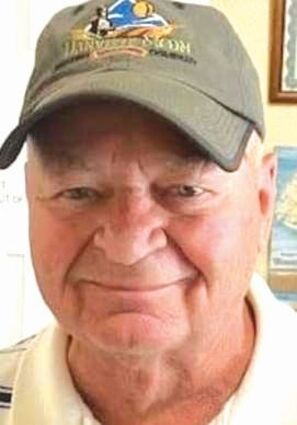 Jim was surely a stubborn man, but he had a heart for dogs, especially his beloved "Coke". Coke looked more like a brown bear than a chocolate lab, and was always at his side.

A graveside service with military honors will be held at the Lewistown City Cemetery, June 8th, 2:00 p.m.