By Submitted by Jamie Ulrich
For the PCN 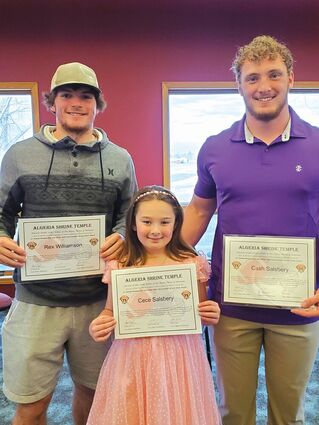 The Malta Shrine Club recently held a player appreciation dinner for the two players that have been chosen to represent Malta in the 2022 East West Shrine Football Game, Cash Salsbery and alternate Rex Williamson. Also honored at the dinner was CeCe Salsbery, as she will be the Shriners Patient Ambassador for the East team. The Shrine football game will be played in Great Falls, June 18, at 7 p.m. at Memorial Stadium.