Wesley Jackson Orahood was born August 31, 1928, in Fargo, North Dakota, to Harry and Louise (Eskelson) Orahood, the third of three children. Wesley left for greener pastures Friday, July 8, 2022, to meet up with friends and family who have gone on before. A Memorial Service will be held at Wilderness Funeral Home – Malta at 1:00PM on Monday July 18th.

Wesley moved with his family to the ranch on Tallow Creek in Montana at six months old. He attended several primary schools in the Content community before going to Malta High School, graduating in 1946.

He cowboyed in Southern Phillips County until he was drafted into the Army in 1953 during the Korean Conflict. Returning to Tallow Creek in 1955. 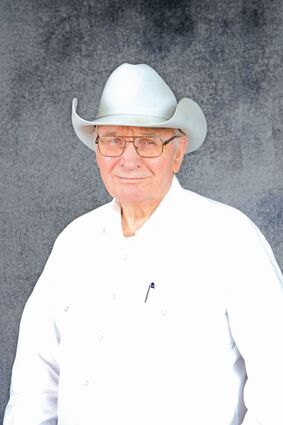 In 1957 he met Marlyn Gloyne at the Long X. They were married March 28, 1958, five months and five days after they met. They raised four children at the ranch on Tallow Creek. Ludell, Lynne, Lori, and Jim. Wesley and Marlyn spent the next 40 years raising hell, horses, cattle and kids! In 2005 they moved to Malta.

He was preceded in death by his parents, Harry and Louise, brother Daryl, sister Marjean Carnahan, son-in-law Wayne Shipp, and grandson Casey Brewer.