Born the fourth of eight children to Vernie and Minnie Wheeler in Queen City, MO. She grew up with her mother's twin sister, "Aunt Margaret". As an adult, she moved to Chelan, Washington where she met and married James McAuley. There they welcomed three children Miran, Gayle, and Mary. A move to Seattle welcomed adopted children, Don and Richard McCormick. Marty fostered two other children and helped many young mothers along the way. In the early 1960's she became a single mother raising the original three on her own. The Lord gave Marty a help mate in Roy T. Bandle. They dated for seven years before marrying in 1969. Roy was the only Grandpa their grandchildren knew. Enjoying camping, fishing, traveling, and the Children's Ministry. Marty served on many committees at different churches. She became a widow in 1995. Taking on many different roles, amongst her favorites was her involvement with the Schuyler Co. Nutrition site in Lancaster, MO. She left many friends and family in Missouri to move to Malta, MT, to be with her daughter, Mary. In her later years, Marty spent her time doing puzzles, birdwatching, and logging hours on the phone keeping in touch with grandchildren and great-grandchildren. Grace Fellowship was her place of worship and Joe Haney was her Pastor who she always said was "like another son". 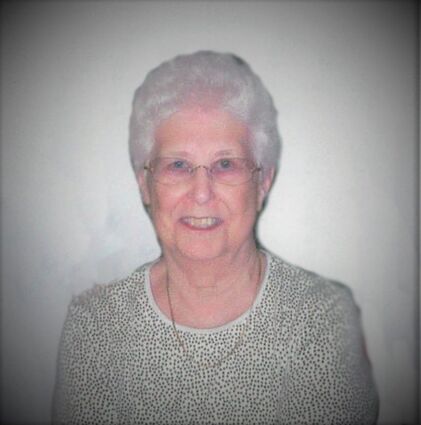 Memorial Services will be held at Wilderness Funeral Home on Friday, September 9th at 1:00 PM.

In lieu of flowers, donations can be made in Marty's name to Olympians at Grace Fellowship, the Pregnancy Resource Center (Havre) or the Malta Kids Club.