Larry Eugene Renner was born in Glasgow Montana, to parents Lloyd Renner and Irene (Reinbold) Renner. He passed away on September 12, 2022, in Billings, MT. Larry grew up in the Grain community and was raised by his mother and stepfather, Adlore Bouchard. Lloyd, Irene, and Adlore preceded him in death.

Most of his schooling was at Nashua and graduated from there. After high school, he went to the Bitterroot area near Missoula and logged, this is where he met his first wife, Jackie Few, who preceded him in death. He had two children with Jackie, Shawn Few and Sabrina Huggans.

Later he moved to Great Falls and worked as a meat cutter. Some time passed and he then worked in the R and R Machine Shop with Mick Ridenoir and brother David, welding and repair shop. This is where he met his second wife, Marilyn Stolem Hillman. After a short marriage, they divorced. He met his third wife, Maxene Board who was teaching on an Indian Reservation. Larry started school in Havre and later moved to Missoula where he also was continuing his education. They moved to Sparta, WI where he graduated from Western Wisconsin Technical College, with honors, top of his class. He had a mechanical design degree which he used.

He divorced and moved to New Lisbon, Wi until 1997 when he moved back to Montana. He lived in Billings for a brief time and purchased a home in Laurel and worked at Wood's Powr-Grip, Inc as a designer engineer until he retired.

Larry is a man of great detail. Always paying attention in conversations with a twinkle in his eye, waiting for the perfect moment to let out a little dry humor based on either something you just said or something that he could pull up from a comparable situation that happened years previously. It was his way of letting you know he had not only heard everything you said in the last 5 minutes but over the lifetime of knowing you.

It was his attention to detail that caused him to thrive in not only his job but all his hobbies. While with his fellow rockhounds, he was always able to find just the right Agates (or really a variety of locally sourced gemstones) to tumble and shape into the perfect pair of earrings, necklace, or bolo tie. After creating, he always dreamed he would sell, but instead focused his attention on giving them as gifts to his family and friends. His love for crafts did not end at jewelry making but it extended to intricate wood carvings canes that he created out of diamond willow sourced from the family farm.

While Larry always focused on the details, he did know the importance of not taking life too seriously – at least not all the time. He enjoyed old-time dancing on weekends. While dancing he enjoyed the local bands and all the friends that he made over the years. He was not one to let life pass him by. There was always an opportunity to meet others. He was a devoted friend to many and kept up with their lives.

Family played a significant role in his life. Nothing made him happier than attending family reunions or the impromptu family gathering whenever possible. From his marriage with Jackie Few, he was fortunate enough to build a relationship with his two children, Shawn Few (and ex-wife Renee Few) and Sabrina Huggans (and ex-husband Jerid Huggans).

Through reconnecting with his children, he was blessed to have gotten to know his eight grandchildren (stepdaughter Jessica O'keefe Savage (and husband - Justin), Axel Few, Shawn Few, Robert Few, Justine Few, Jessica Huggans, Jade Huggans Hess (and husband - Tillman), Brianna Huggans Gaul (and husband Evan), and Andrew Huggans) along with meeting his nine great-grandchildren. His grandchildren always enjoyed spending time with him and valued his ability to carve out one-on-one time with each of them. 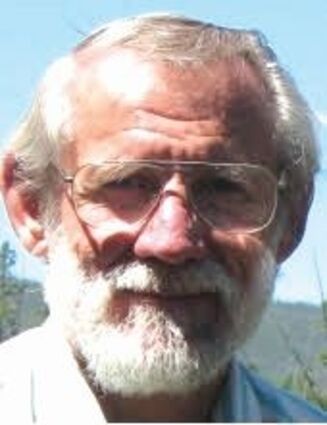 Graveside services will be Saturday, October 22, 2022, at 11:00 AM, with Pastor Bonnie Novak officiating at the Nashua Cemetery. There will be a luncheon following the graveside services at the Lutheran Church in Nashua. Please join us, and please share your memory and stories with his family. There was a celebration of life on October 1, 2022, in Billings.