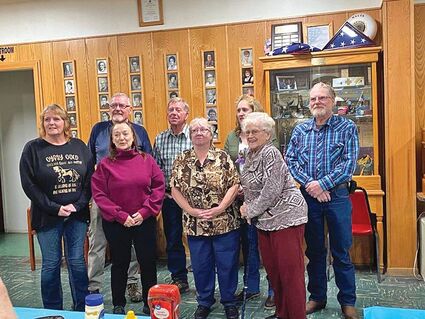 Dora's birthday is October 29th and they know how to express their love from any state. Steve (& Judy) came from Billings, daughter, Linda, came from Helena, and daughter, Karen Cribley, made the trek from Virginia.

Son, Bill and Marilyn joined the group from Havre, as did...