By USAF Maj T. Lodmell US Navy Comm L. Lodmell
For the PCN 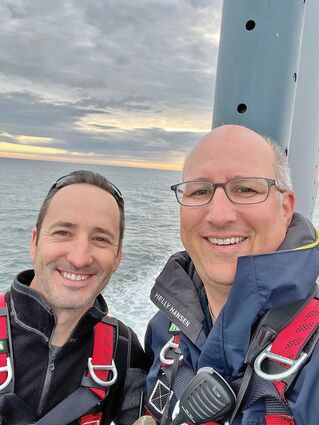 Malta native and Air Force pilot, Major Tory Lodmell, had the experience of the lifetime last month as he went underway with his older brother, Commander Lacy Lodmell, on the USS OREGON.

The Lodmell brothers were born and raised in Malta to local natives Larry Lodmell and Terry Lodmell. While they both worked hard on the family farm, each longed for adventures that would inevitably take them far from the hi-line. Lacy initially enlisted in the US Navy after his first semester at MSU Bozeman while seven years later Tory chose another path leading him to accept and Air Force ROTC scholarsh...